It’s the middle of summer here in the Philippines, so why don’t we Filipino readers try some of these book-related activities this May? Will it cool you down? Likely not. But at least you’ll be among fellow readers and talking about books.:-)

From Studio Salimbal’s Twitter bio: “We are a Philippine-based comics studio. Our goals are simple: to create comics, and to create a community. To do so creatively, coherently, consistently.”

Opening of The Verge, an indie bookstore
with launch of Abangan – The Best Philippine Comics
One Morato St., Quezon City

Kikomachine Launch
The Verge (See above. More details as we get them.) 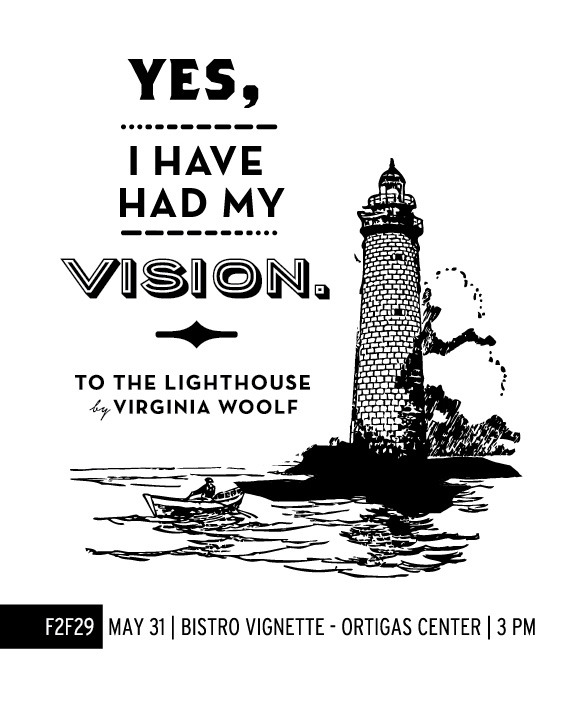 Most of these events are in Metro Manila, but we’d love to hear about and include reader events in other parts of Luzon, in Visayas, and in Mindanao. So please send us word so we can tell other Filipino readers about your event here. Any reading or book event (reader event, book club meeting, bloggers’ meet-up, book launch, author signing, etc.) anywhere in the Philippines, in any language, offline or online, is welcome. Contact us by:

And if you have an event for May that we haven’t included here yet, just get in touch with us. See you at some of these events!

In the huge social cataloging world that is Goodreads, where can Filipino readers find a home? Well, it’s fairly easy: just do a group search for the word “Filipino” and go to the first result on the list. Now you’ve found the biggest Goodreads group for Filipinos that is also one of the active local book clubs in the country.

There are many, many ways to call this group — Goodreads Philippines, The Filipino Goodreads Group, or simply The Filipino Group. Until finally, everyone just settled on calling it by an acronym: GR-TFG. The group was created in Goodreads in 2007, but most of the discussions happened online because of the original administrator was located in UK. It wasn’t until 2010 when the members based in Manila decided to do their first meet-up, which pretty much set the rest of the other meet-ups later on.

The attendees of the first ever TFG Meet-up

Most of the group’s book discussions were done online first, with the group’s meet-ups reserved for chats and book exchanges — something they call “palengke meet-up” because everyone in the group likes to talk. During the early years, they would meet-up about four times a year with mini-meet-ups on the side where they would also talk about books. The group also had several members who are also authors. During their 5th official meet-up, authors Samantha Sotto and Mina V. Esguerra were their special guests, who were there to promote their books and answer questions.

In 2011, some of the group’s most active members decided to create a list that would somehow define what the members’ favorite books are. Inspired by list like 1001 Books to Read Before You Die, the TFG 100 Favorite Books was born. Members were asked to nominate their favorite books and the books with the most number of nominations were shortlisted and deliberated on by the administrators and several active members of the group. They came up with the final list and distributed it to the members during the group’s 2nd Christmas party. This list also started the group’s Face to Face discussions the following year. From this list, three books will be chosen based on a theme or a genre, and the members would vote for the book that they want to read for the month. In January 2012, the group met again not for a palengke meet-up, but for their first offline book discussion with 1984 by George Orwell.

An online discussion is also done during the month to support the offline one, as well as to provide the people who will not be able to go or those who are not in Manila to participate in the discussion as well. The moderators of each discussion is in charge of what gimmick to do for their discussions, and attendees often have something to bring home. So far, there were giveaway chocolates, towels, bookmarks, CDs and story booklets, all related to the theme of the books discussed. These discussions were often followed by “after parties”, where the members hang out and talk about everything, and sometimes they end up being (almost) kicked out of several venues for being too noisy, or because it’s closing time. :)

TFG gets dressed up for The Remains of the Day discussion

In February 2012, the group also held their first outreach activity where they donated almost 200 books to Virlanie Foundation, a group that houses street children, for their library. The members spent an afternoon with the kids and got to know them, and helped them put the books on the shelves of their library.

There is a wide range of genre preferences among the TFG members, but there is a considerable number of members who are into YA and Fantasy books. Aside from the monthly Face to Face discussions, the group also has ongoing Buddy Reads, where members buddy up (with some eavesdroppers) to read and discuss the books in their own threads in the group homepage.

You can find TFG in the following places online:

You can join TFG just by sending a request to join the group via Goodreads and saying hi in any of the threads or showing up for any of their monthly book discussions. If you want to test the waters first, though, the group will be hosting a book discussion during the 2nd Filipino ReaderCon on August 18 at the Filipinas Heritage Library! The group will do another run of their discussion of The Little Prince by Antoine de Saint-Exupéry — so if you’re a fan of this classic children’s book, you won’t want to miss this. :)

Flips Flipping Pages (FFP) started in 2007 when Gege Sugue (aka islandhopper) was looking for a Filipino community in the bookish social networking website, Shelfari. She knew some Filipinos but there were no formal groups, so she decided to start one. As with the other online book clubs, they started with online discussions until they finally had their first formal meet-up/eyeball in January 2008. Come May of the same year, the group had their first offline book discussion with Life of Pi by Yann Martel.

That book discussion pretty much started the ball rolling and they’ve had regular monthly discussions since then. Sometimes they even have two discussions in a month, not to mention online discussions on Shelfari and on their Facebook group. They also incorporated pre-activities for their discussion to give a “sensory dimension” to their book discussions, and it’s usually something related to the book. For example, for their Hunger Games discussion, they decided to take it to the field and go paint ball:

May the odds be ever in your favor, paint-ball style

And then they took it a step further by having bookish parties with costumes! Based on the photos, they take their costumes seriously (photos from Blooey of Bookmarked!):

Other than book discussions and bookish parties, they’ve also done a 24-Hour Readathon where the attendees read as much as they can in an entire 24 hour period, and outreach events where they share their love for books and reading with kids from All Together in Dignity (ATD) Fourth World – Philippines from Museo Pambata.

FFP has a very diverse membership when it comes to reading preferences — there are people who read classics, Filipino lit, fantasy, fiction, non-fiction. Some of them like their books new while others scour secondhand bookstores to add more to their collection. Whatever your reading preference is, you’re bound to find a reading buddy in FFP.

Flips Flipping Pages can be found online through the following links:

The group is also affiliated with the following:

You can join Flips Flipping Pages by simply joining any one of their groups from the links above and saying hi, or showing up at their monthly book discussions. You may also contact Gege aka islandhopper via email.

Flips Flipping Pages will be at the 2nd Filipino ReaderCon too! They will be discussing Pacific Rims by Rafe Bartholomew, so if you’re a fan, or if you’ve always wanted to read and discuss the book, or if you just want to experience a Flips Flipping Pages discussion, then be sure to drop by the afternoon activities on August 18 at the Filipinas Heritage Library. :)

Much thanks to Gege Sugue for telling us about their book club!

You know how sometimes, you need a push from other friends to read the books that you normally don’t read, even if you and your friends read the same kind of books anyway?

This is how The Mysterious Reading Society started.

The Mysterious Reading Society (TMRS) is a book club started by six friends in 2011. The members have been friends for several years, and they usually read YA books, but they decided to form a book club so they can expand their reading experience and discover new books from other genres. Their name was inspired by The Mysterious Benedict Society by Trenton Lee Stewart, which they thought fit their private reading group.

The Mysterious Reading Society during their first discussion

TMRS has monthly book discussions where they choose a book to read based on a pre-selected list of genres. They start reading at the beginning of the month and meet later to discuss. Their discussions are usually low-key and informal, with the book taking the center stage every time they meet.

The book club is relatively young, but they have several memorable experiences:

The Mysterious Reading Society usually hangs out in their own Goodreads homepage, but as of now they are not yet accepting new members. However, they are considering opening their discussions to other book lovers and are in the process of finalizing the transition. You can see their 2012 book list below:

But if you want to see the group in action, they will be at hosting a book discussion during the afternoon activities of United We Read: the 2nd Filipino ReaderCon on August 18, 2012 at the Filipinas Heritage Library. The Mysterious Reading Society will be discussing 50 Shades of Grey by E.L. James and we’re sure it will be a very interesting discussion! They will also have Kate Evangelista, author of YA Paranormal Romance Taste as their guest panelist for their discussion.

Much thanks to MeAnn from The Girl Who Read and Other Stories for telling us about their book club! :)

< Previous Next >
+ Add your own event Eventbrite